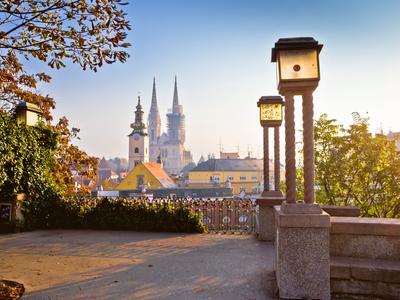 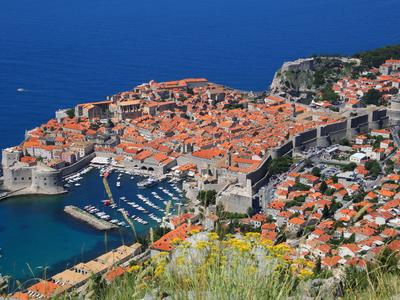 ข้อดี: "The crew is excellent but the seats are not comfortable enough. There should be a way to balance money and comfort,not just placing people in seats they do not fit into"
ข้อเสีย: "Nothing,just the seats. Cleanliness was perfect"

ข้อดี: "Decent price for economy comfort seat, 4A."
ข้อเสีย: "The flight was delayed about 80 minutes and they did not informed until when I got to the Airport. I could have stayed more at home instead of the terminal. They have also changed the boarding gate.."

ข้อดี: "Service and crew amazing friendly and went out of the way to Make u feel special even the pilots gave updates thru out the flight"
ข้อเสีย: "Not being to help on the ground in Copenhagen with delta issues"

ข้อดี: "The crew was amazing, flight on schedule and good entertainment."
ข้อเสีย: "Space is just reasonable on a long flight, even if there's seats more spacious that you could choose if you pay more."

ข้อดี: "Crew was friendly"
ข้อเสีย: "Passenger who needed wheelchair assistance it took KLM 50 minutes to get him off plane which delayed our boarding. KLM not prepared to handle passengers with needs"

ข้อดี: "the trip was excellent and comfortable. LOved the windows that shaded out rather than the having to pull down the plastic blind. entertainment on board top notch screen huge One hostess , Helen was absolutely fantastic and the best I ve had on my many trips. I will recommend KLM whenever I can"
ข้อเสีย: "the headrest is hard. Apart from that- all was fine"

ข้อดี: "Crew was ok."
ข้อเสีย: "Screens need a serious upgrade, my seat didn’t recline all the way nor could it be restored to an upright position. Not very comfortable and I paid for a seat upgrade."

ข้อเสีย: "This was just a short commuter flight from Lyon to Amsterdam for connection."

ข้อดี: "The crew were really helpful with people who had tight connections because of the delayed flight"
ข้อเสีย: "I wish they had WiFi"

ข้อดี: "very attentive crew"
ข้อเสีย: "Only ham sandwiches on offer! I'm not demanding and would have been happy with cheese."

ข้อดี: "Best airline in the business quick efficient and outstanding service What else can you say"

ข้อดี: "And i got it 2 days later. I had to buy a lot of items which were in my suitcase The returning of the suitcase was awfull. In tge end after many phone calls I received it On the 18/12 evening, 2 days after my landing"

ข้อดี: "Food was excellent, service from staff was friendly, and entertainment options were great."
ข้อเสีย: "Not a lot of shoulder room being in the middle seat. But it had adjustments options for a lot of other things which were good."

ข้อเสีย: "The cabin crew was racist. She told me to move back from an empty seat just because she wanted one of the guys ( from her country ) to set on it! Very rude and racist."

ข้อเสีย: "The cabin crew was racist! She asked me to move from a seat because she wanted another guy ( obviously from her country ) to take it! Rude and racist."

ข้อเสีย: "Delay can occur sometimes but it wiuld be better to be explained its reason and the estimated time for boarding. The customer service at CDG airport was the worst ever and all people standing boarding desk were useless without any mind what they are doing."

ข้อดี: "The staff were professional and friendly The food was very good and plentiful The inflight entertainment has lots of choices The bathrooms remained clean All in stark contrast with BA with who I did the same flight 2 weeks ago and all the above points were very poor"
ข้อเสีย: "Nothing"

ข้อดี: "Only thing we liked was the fact that we were able to get onto our flight at all..."
ข้อเสีย: "Was not informed that checking in online is the only way to secure a seat. So, regardless of whether you book your tickets 3 months in advance or the day before, you're not actually guaranteed a seat unless you check in online. We weren't told this until we were at the airport and checked in there that we might not be able to get our pre-booked in advance flight because of over-booking from KLM. We then had to wait and see if there were seats available when boarding. Luckily, there were, but we were not sat together. Not the greatest start to our first holiday together as a couple. We were told that if there weren't seats available, they'd pay for us to get to another airport to fly out, which would have meant a huge delay on the only time off we'd get together this year and have to rearrange our pre-booked and pre-paid living arrangements for the week. All because there wasn't a lot of emphasis on the need to check in online before hand. You'd think if someone checked in at the airport, that would be more of a guarantee that they'd be flying with you that day, but apparently not. Definitely not impressed or happy with this part of the KLM experience. This is the only company that we've had this problem with, they should make it clearer that it is essential to check in online."

ข้อดี: "The crew came to get me from the arrival gate to get to the departure gate since our plane was delayed. It helped to know that the airline was checking to make sure we made the flight."
ข้อเสีย: "I did not get my luggage in Nairobi. The delayed flight that was the most likely reason it did not get to the connecting flight to Nairobi."

ข้อดี: "Staff superb. They even surprised us with an exit row and a gift for my partners birthday! Amazing. Samantha and Dennis also took time to come and personally wish him a happy birthday. A lovely touch. This airline runs like clockwork. They are just great. The sandwich and stoop waffle are nice too."
ข้อเสีย: "There is a bus to the plane, so that takes a bit of extra time but they are very well organized."

ข้อดี: "Speed, crew, and reliablity."
ข้อเสีย: "Food wasn't good, no entertainment or accessory plug ins, and seats were worn out! Not comfortable at all. Great leg room though."

ข้อดี: "Boarding was very efficient."
ข้อเสีย: "Limited movie selection. Crew seemed stressed. Gave me wrong meal and then swaped for the right one. I asked for Diet Coke and was given white wine. Food quality was not good."

ข้อดี: "The crew was very pleasant and professional. toilets were very clean adequate overhead space"
ข้อเสีย: "Very uncomfortable seats in Economy Comfort. Legroom and recline were OK but the seats were extremely narrow. No evening meal and breakfast was minimal"

ข้อดี: "The service, entertainment, food, the crew, the aircraft were excellent."
ข้อเสีย: "They put us in a Transavia plane."

ข้อดี: "Enough space good wine and on time"
ข้อเสีย: "Nothing"

ข้อดี: "10 hour flight - I was well looked after, regular drinks, the food and snacks were good enough and tasty. The in flight entertainment was good - latest movies and worked a great variety of tv, books and movies. The airplane was modern and comfortable"

ข้อดี: "In general, it was ok"
ข้อเสีย: "Flight was delayed and because of this I missed my connection flight to Amsterdam"

ข้อดี: "Reasonable seat space for economy. Good selection of movies. Food reasonably good. Crew very efficient."
ข้อเสีย: "Boarding at Amsterdam was disorganized. All economy boarded together. No row number boarding (which was the process for the outbound flight from San Francisco). Lights in economy were not switched off or even dimmed during the flight making it difficult to sleep especially if you had a window seat."