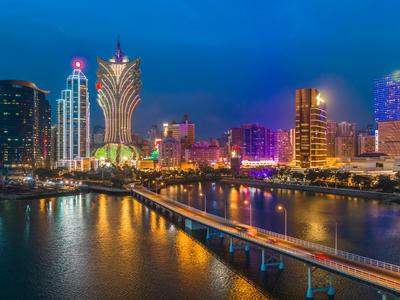 ข้อดี: "Boarding was handled very well. I find the crew incredible; they were very attentive and very helpful. They certainly looked after the passengers."
ข้อเสีย: "They went out their way; I can't see how things could have been better."

ข้อดี: "The crew took covid-1@ precautions seriously and made me feel protected during in flight services. They were very polite and considerate."
ข้อเสีย: "I would have liked to have a weighing station for my baggage before I check in so that I could adjust my belongings to fit the 23 kg limit. Instead, I had to guess my baggage's weight because which ended up going over the limit slightly."

ข้อดี: "Seats are spacious and comfortable. Flights were on time and arrived on time."
ข้อเสีย: "Food was not too good."

ข้อดี: "Food was good"
ข้อเสีย: "Wish I could have picked my seats prior to checking in"

ข้อเสีย: "Although the plane used old, the ride itself was comfortable, bathrooms are clean, food was awesome!!!"

ข้อเสีย: "Wine was not served cold"

ข้อดี: "Crew was very interactive with my 2 year old."

ข้อเสีย: "The flight was very full, but overall; good service and on-time performance!!"

ข้อดี: "Food was okay"
ข้อเสีย: "The movie selection was dated."

ข้อดี: "By far the best airline, service, crew, etc, I’ve ever flown with! I love Asiana Airlines!"
ข้อเสีย: "Seriously, nothing. It was great!"

ข้อเสีย: "Back support for the seat...but I always bring extra pillow and I’m ok"

ข้อดี: "The crew and service (business class) were excellent: attentive, polite, and responsive. The food was good, but not quite up to the people (because they set such a high standard)."
ข้อเสีย: "The lie-flat seats in the A-350 from Hanoi to Seoul are much better than the seats on the aircraft used between Seoul and Honolulu (which I think was an A-330)."

ข้อดี: "The new aircraft A380 was so comfortable."
ข้อเสีย: "Looks like the crew weren’t pleased with their job. Poor selection for the Hollywood movies. With such a nice aircraft would expected much better service."

ข้อดี: "Boarded plane, woke up to watch one movie the arrive in Seoul. Plane was clean on time no hassles"

ข้อดี: "checking in at airport was quick and fast"
ข้อเสีย: "Food quality is not good for the price of the flight ticket Food taste has gotten worse compare to before Drink selection is not enough. Movie selections were not enough and boring Sit is lacking a cushion Sit was broken and couldn’t have tilted back Ear phone outlet was broken and couldn’t get enough sounds People were changing sits or finding empty sits and self relocate their sits. Crews did not say anything. Some crew members didn’t speak enough english"

ข้อเสีย: "Seat size. Entertainment hard to get the TV working then when you did took forever to rewind back to the start of a movie then the entertainment was continuously interrupted by announcements it airline advertisements."

ข้อดี: "maybe only Asiana crews are those who try to help with guests' carry on luggage storing"
ข้อเสีย: "too small screen"

ข้อเสีย: "I wasn’t allowed to do online checkin so I got one of the few seats left in the middle. The flight was delayed 2hours. My standard carryon didn’t fit in the overhead bin. Overall it was poor."

ข้อเสีย: "I had to pay $100 both legs of the flight for an extra bag. I could have went with another airline and payed a cheaper overall flight if i knew Asiana was going to charge me. Ive taken similar flight through Philippine air and they never charge me for 2 bags. This should be something factored in with $$ or highlighted before purchase. Instead of the airline sneaking extra fees on its customers....."

ข้อดี: "Crew was excellent. Food was great. Would definitely recommend Asiana to my friends and family."

ข้อดี: "The quality of food."
ข้อเสีย: "Boarding was confusing, not enough announcements."

ข้อเสีย: "The food was worst food we had in any flight. I highly suggest try giving to humans first before offering to someone on 11 hrs flights. Its almost like prepared for animals."

ข้อดี: "Flight crew were very attentive to our needs and made it sure we were comfortable and well serviced all the duration of the flight. Flight attendants were explaining we had to land back and that reassured us and it was a smooth transfer."
ข้อเสีย: "The flight was delayed again then we were flying for almost 3 hours until we had to land back to incheon due technical difficulties. I understand these things happen but for a passenger who had to start with a delayed flight, followed by another delayed connecting flight then had to be in the air for almost 3 hours just to have to land back wait for to change aircraft It was too much and felt Like a complete waste of time. I do commend the crew for tending to us."

ข้อดี: "I enjoyed having a larger screen for my personal in-flight entertainment. It was much better than on the 777."
ข้อเสีย: "The seat was noticeably less comfortable on the A330 compared with the 777. The breakfast meal was pretty bad."

ข้อเสีย: "I could not make the flight. Medical problems."

ข้อดี: "The seats were very comfortable, the crew very engaging, and the food was very good."
ข้อเสีย: "Nothingnothing"

ข้อดี: "Crew was nice and competent"
ข้อเสีย: "Cabin lights went on three quarters into the flight and wouldn't go out and there wasn't enough water"

ข้อดี: "I was the only one in my row."
ข้อเสีย: "Changed flight without notifying. 27hr Stand By. 4hr layover in Korea. Stuartess had attitudes. Still have 11hr flight to LAX"

ข้อดี: "Crew is professional and courteous! I was sleeping when they came by with meal service and they left me a sticky note telling me to contact them for food when I woke up ( nice). Food pretty decent for airline food."

ข้อดี: "The food was good and the movie selection was good."

ข้อดี: "All the usual good things with Asiana -- flight attendants, politeness, efficiency in the cabin, good food."
ข้อเสีย: "Upon arrival back in Seoul, the bridge would not work properly. We had to wait on the airplane for 45 minutes, causing all of us to miss the last buses from the airport to our neighborhoods. What is usually a 12,000 KRW bus ride turned into a 130,000 taxi ride. (The jimjilbang downstairs was full.) If they had brought out stairs and buses immediately, instead of waiting so long, we might have made it to the buses."

ข้อดี: "Plane was clean and crew was friendly."
ข้อเสีย: "This was a 5 hour flight and there was no food offered. There was also no entertainment option other than music."

ข้อดี: "I actually didn't even feel the plane take off. Everything just worked. Seamless flight everything was great."
ข้อเสีย: "Nothing perfect flight"

ข้อดี: "Able to accommodate our diet, even if food was bland. Stewardess were very nice."
ข้อเสีย: "Seats were pretty uncomfortable but anything gets old after 21 hours of flying."

ข้อดี: "Just a great experience. Crew is great seats are comfortable. Almost didn't realize i was stuck on a plane for 12 hours."
ข้อเสีย: "Meal. I don't eat fish and in elerjec to mushrooms and allot of meals seemed to have them."

ข้อดี: "Flight attendants are great. always trying to help , with a smile while doing so."
ข้อเสีย: "Delay 50 minutes waiting for connection flight 2 nd time (50%) on this trip, appears that this airline is getting bigger and disregarding schedules for $$$. Also advanced on line seating is meaningless. Internet web-sight is always a problem finding the correct pages if you have a problem no local contact listings (tel. #) in major cities they have offices in. I had a Tel. # for office in BKK, used in the past , they changed the # without even leaving a message or new #. I needed to change my departure date & because I could not contact them thru web sdite or Tel. this was not possible & missed a very important meeting in N.Y."

ข้อดี: "Flight crew was so kind, food was tasty"
ข้อเสีย: "Headphones/headphone jack didnt work well and was too short to see the screens- they dont tip down; was difficult to hear announcements- the electronic speaker wasnt loud/clear enough"